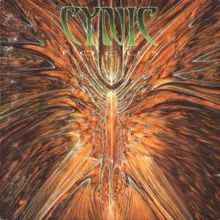 Cynic - Focus
In the very small handful of albums that have consistently impacted me in different ways across different crucial times of my life. Cynic has always been something I adored upon first listening to it, and this will never change. Paul Masvidal and Sean Reinert (rest in peace) have truly made something precious, and special to a lot of people. It's a progressive death metal album with a very heavily vocoded sound, jazz fusion breaks, and a cosmic and spiritual theming to it that reaches deep into the soul and psyche in a profound way. It's harsh, it's beautiful, and it's a sonic representation of the visual art of Robert Venosa. 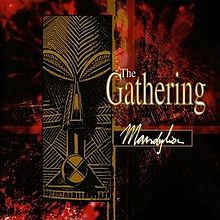 The Gathering - Mandylion
Such a beautiful, romantic, and tragic album, encompassing all of the necessary elements of a gothic metal album, and executing them in such a wonderful way. What really makes it is the vocalist, who really has an incredible voice. Every track on this album has an overbearing emotional energy that will crush you if you aren't prepared for it. 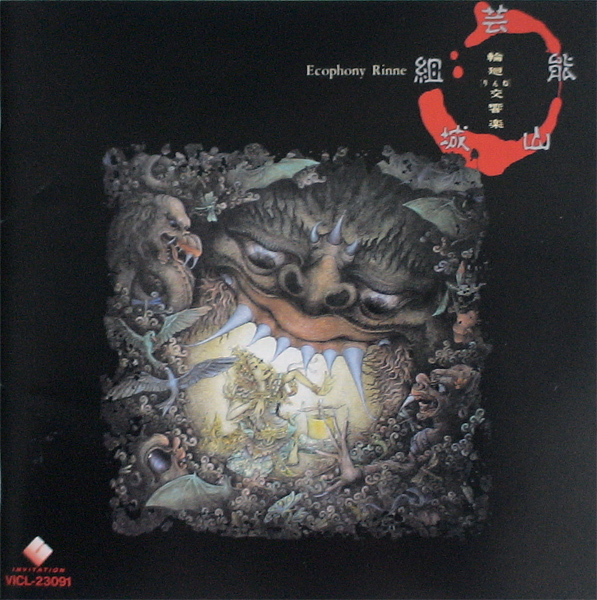 Geinoh Yamashirogumi - Ecophony Rinne
Where Ecophony Gaia is an affirmation and loving tribute of the planet itself, Ecophony Rinne is much different. It's a concept album about the cycle of nature, life and death, the unending wheel, Samsara. It's four tracks that loop back into each other. Summer, Autumn, Winter, and Spring. Rather than New Age, it has a much more Gamelan inspired sound, which if you're not aware is a style of East Asian gong and chime music. It's extremely powerful, and well worth hearing. 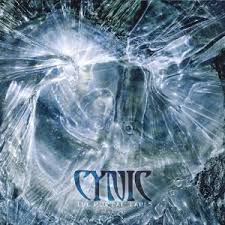 Portal - Portal
This is also called Cynic - The Portal Tapes, but it actually was it's own band / side project in the 90's. A fem fronted atmospheric rock project including Paul Masvidal and Sean Reinert. It has a different kind of spiritual and cosmic intimacy than the Cynic project. I love it with all my heart. 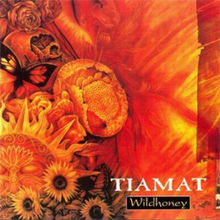 Tiamat - Wildhoney
Another one of those albums that I can never get away from even if I was running at top speed for the rest of my life. Tiamat's best album by a long shot, a massively dense gothic metal experience, evocative of the sunset of a dying age. Very focused on nature and the darkness of man. Makes you think if the designers of Dark Souls ever listened to Tiamat. It's not necessarily something every American can get into because the accent of the singer is very thick. If you can look past that, you'll find an album that embodies the concept of atmosphere. 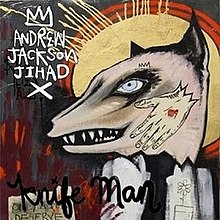 AJJ - Knife Man
I was very into AJJ as a young teen, growing up in the same city as them, with their music that is very much centric to the experience of Phoenix. When they released Knife Man, it blew my mind with its awkwardness, shame, honesty, and a sort of frank exploration of open wounds, fear and loathing. On top of that, it's catchy and memorable, which is always good for folk punk. Except it's not quite folk punk, as they have a lot more fun with different instrumentation compared to their other work. 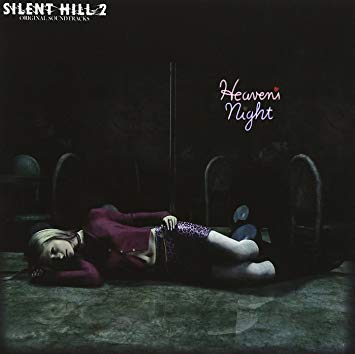 Akira Yamaoka - Silent Hill 2 OST
Silent Hill 2 is a kind of video game homage to a movie called Jacob's Ladder among other things, but making it a much more relationship and internal demon kind of narrative. It's soundtrack has some of the most beautiful experimental ambient sounds you could find in all of electronic music. It fits perfectly with the experience of the game, and works perfectly to listen to by itself as well. 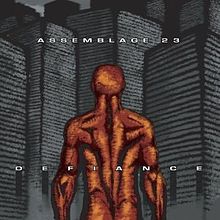 Assemblage 23 - Defiance
Assemblage 23 falls into a niche of rivethead culture I would consider myself to fall under, being a rivethead / goth myself. Within this niche of the Futurepop style is a small wealth of artists who make very emotional narratives about utopia, dystopia, abuse survivorship, the state of the world, and leftist politics in general, and all of these things, expecially themes of overcoming trauma speak to me deeply. 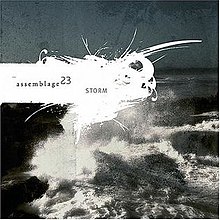 Assemblage 23 - Storm
Storm is overall a much more sonically dense album compared to Defiance. It explores a lot more sounds, but also has a lot more uniquely emotional tracks. Some would say this music proselytizes too much, but I find it very comforting. It has a positive atmosphere but ends on a very morbid note, but I think that was kind of the point. Overcoming the storm and facing mortality and life with dignity. 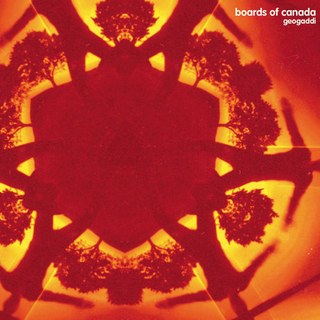 Boards of Canada - Geogaddi
Apparently inspired by number stations, this album has had the biggest impact on me of Boards of Canada's works. It's just really damn good. 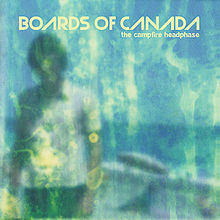 Boards of Canada - The Campfire Headphase
Has a very surreal and nostalgic atmosphere, while evident in other BoC albums, this one really pushes it to its limits. 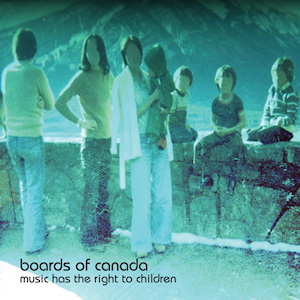 Boards of Canada - Music Has the Right to Children
The one that I originally hated but later revisited and ended up loving anyways. Funny how it works. I don't hate anything Boards of Canada has made. 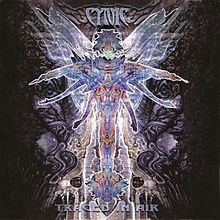 Cynic - Traced in Air
After a hiatus of the Cynic project, they return to make something much less harsh, but still deeply spiritual, cosmic, and vocoded. It's a very palateable experience in comparison, but still not really something for everyone. Still a sonic representation of Robert Venosa's visionary art. 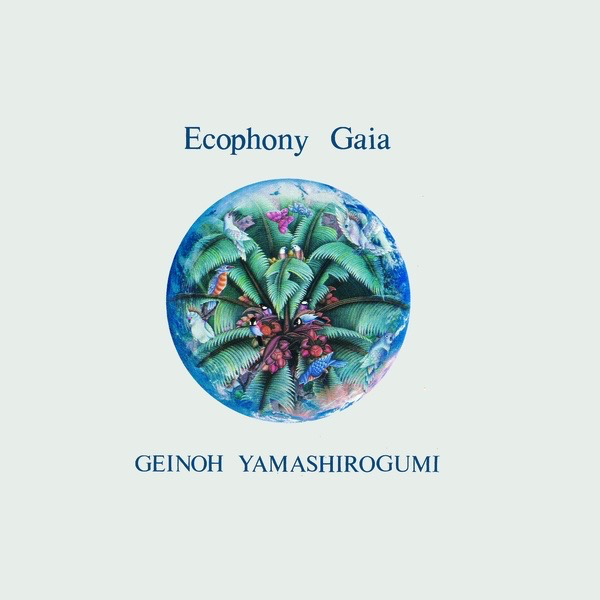 Geinoh Yamashirogumi - Ecophony Gaia
Made by a Japanese art collective, it's an electronic / new age love letter to our wonderful planet earth. It is the soundtrack of nature itself, a tribute entirely in service to our blue marble. It's definitely unique and unlike anything you'd hear in conventional music. It's wholesome, it's happy, and if I haven't convinced you, they were hired to make the Akira soundtrack one time, so there, you weeb. 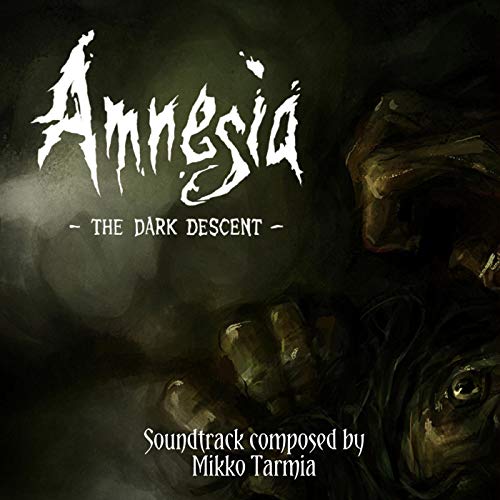 Mikko Tarmia - Amnesia: The Dark Descent OST
I have a massive amount of bias for Frictional Games, which had a huge impact on my sensibilities and on my choices in becoming a 3D artist and horror freak. Amnesia: The Dark Descent was their second big title set in a gothic horror kind of setting, and the dark ambient music that goes along with it perfectly fits the spiraling darkness that's going on in the game. I swear, you will find more good dark ambient than bad dark ambient within the world of gaming, and Mikko Tarmia, who works with Frictional Games most of the time, has almost perfected it. 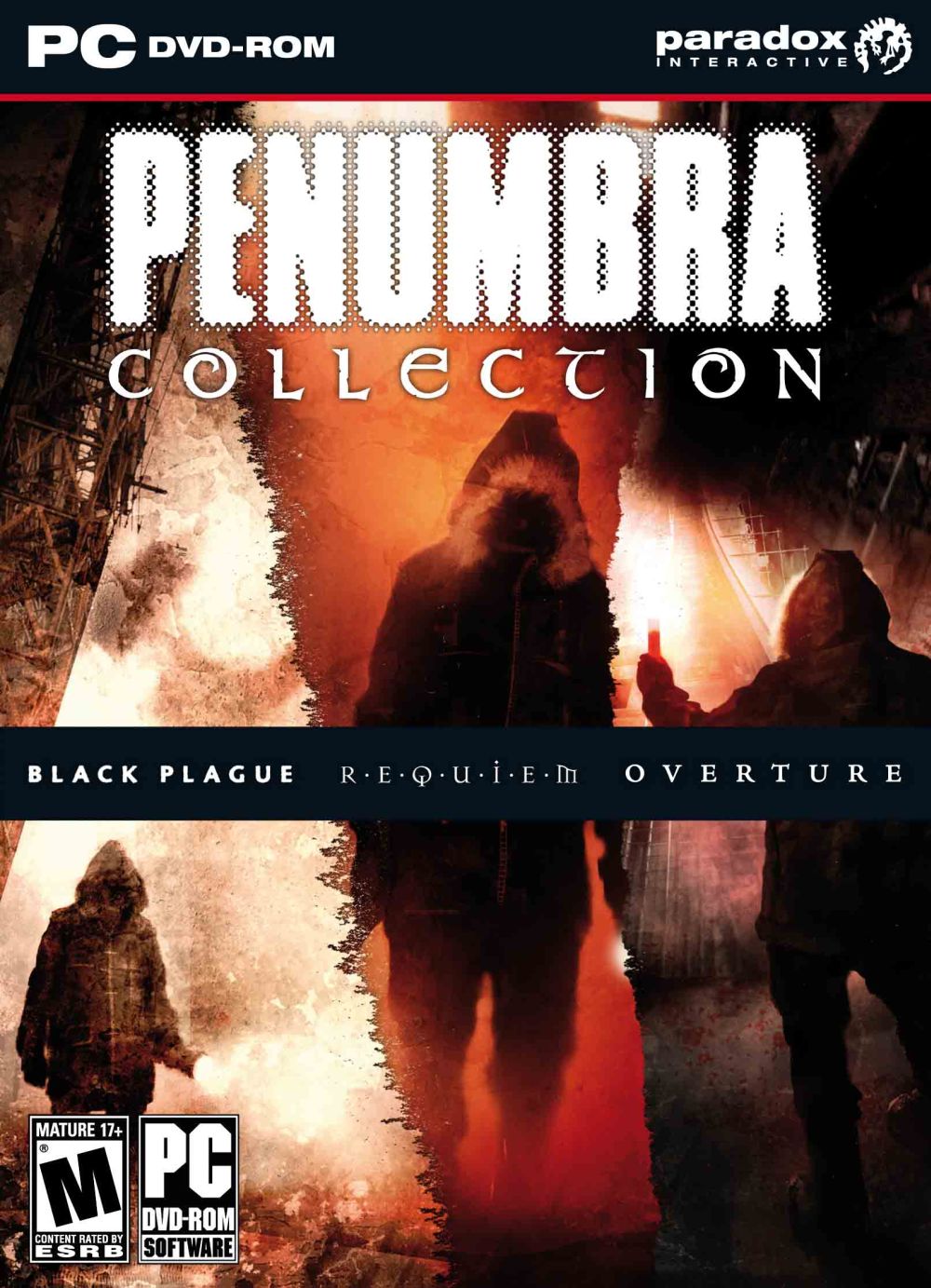 Mikko Tarmia - Penumbra Trilogy OST
Penumbra is.. very different, particularly in the context of horror games. It was the origin point of a trend of first person survival adventure games where you can't really fight back. But it should be remembered for it's unique story loosely based off of At the Mountains of Madness, but with its own original energy divorced from Lovecraftian fiction. I digress; the soundtrack is filled to the brim with super depressing piano tracks, and eerie dark ambient tracks that do perfectly at setting the mood of a grim underground exhumation. 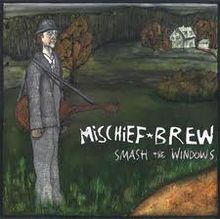 Mischief Brew - Smash the Windows
Probably the most politically acute folk punk act, may he rest in peace. This album is a perfect distillation of the disenfranchisement of the truly lower class, the people at the corners of society that most leftists don't even bother courting. It's very welcoming, very pissed. 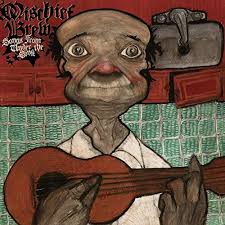 Mischief Brew - Songs from Under the Sink
An improvement on the storytelling of Smash the Windows, having some of my favorite political songs ever, such as "Tell Me A Story" and "Thanks! Bastards". 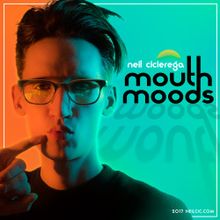 Neil Cicierega - Mouth Moods
An extremely satisfying mashup experience, taking a bunch of corny, beaten-with-a-dead-horse nostalgia and memes of the 90's and 00's, blending them together to create a new unique experience that never fails to make me smile. And it still manages to be catchy as hell. 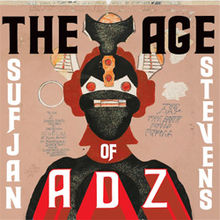 Sufjan Stevens - The Age of Adz
A heavy, electric, acoustic, experimental, glitchy folk experience across the emotional spectrum of a relationship falling apart, ending with an absolute killer of a 26 minute final track that's separated into multiple movements. Truly it's a one of a kind experience. If you don't like Sufjan when he's soft and would like to see him more in panic mode, this is the one to listen to. 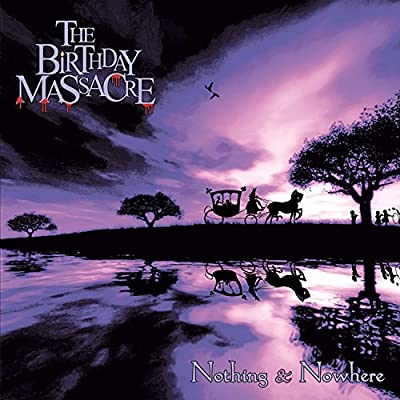 The Birthday Massacre - Nothing and Nowhere
A mix of new material and old material redone in the transition from their demo days to their proper career. It sounds rough and is lacking the polish the band is famous for, but it has the same energy, same emotions, aesthetic. 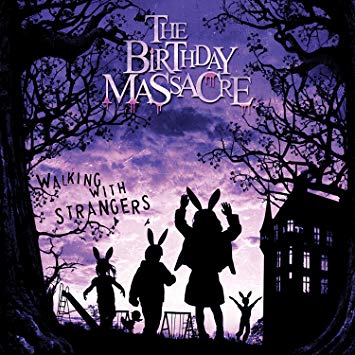 The Birthday Massacre - Walking With Strangers
The first real album where they polish their sound as much as they feasibly can, to a fantastic result. An absolutely iconic blend of industrial rock and synth pop. 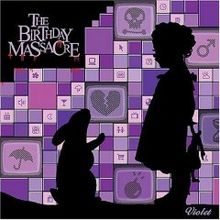 The Birthday Massacre - Violet (EP)
It's more of the same from the Nothing and Nowhere era, rough, more punk production sensibilities, overall just fantastic. The EP version is missing the padding tracks that were just taken from Nothing and Nowhere. I prefer these two releases to be listened to separately because Nothing and Nowhere has great songs that didn't end up on Violet and warrants it's own listen. 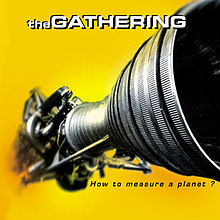 The Gathering - How to Measure a Planet?
The Gathering wasn't interested in playing one style for the rest of their careers. They had already moved from Death-Doom Metal, to Gothic Metal, and now to a kind of proggy atmospheric rock. This album again is carried by the vocalists delivery, and not much is different in comparison to Mandylion except that the metal instrumentation is stripped back in favor of something a little bit more psychedelic. It's a welcome change. 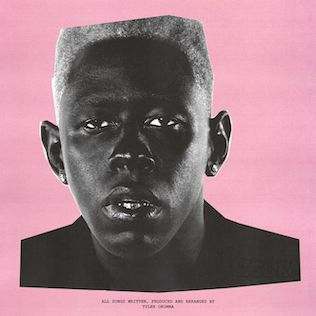 Tyler, the Creator - IGOR
It's a breakup album. It's a really amazing breakup album. Tyler goes all out on his production skills with this, pulling from a lot of inspirations that I happen to have a soft spot for, like 70's and 80's soul, and super experimental hip hop, but rounded off for a more pop/soul experience. Every single track is an earworm, and the unique delivery of the story being told throughout the album, you can't not like it.